Once upon a time, this container would sing the Meow Mix jingle when you opened the lid. You know the one: meow meow meow meow etc. The sound would bring our cats running for treats. It was a surefire way to get them off the top of the refrigerator or out from under the bed after I’d committed the terrible sin of vacuuming.

After several years, the song grew decidedly less peppy, and by the time our dear old friend Oberon passed on at the age of 17, it made a sad warbling noise that was frankly a bit creepy. I’ve since pulled out the tiny speaker but we still use the tin, even though it’s dented on one side and doesn’t quite close properly.

It’s a different pair of kitties who come running these days. Turns out the song was unnecessary; the sound of the lid opening is enough to get their attention. Godric here is waiting patiently for me to finish taking photos and open the tin for him. He looks sad but don’t worry, that’s just his face. 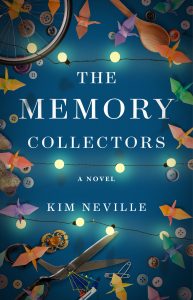